Confessions of an Unlicensed Boxer 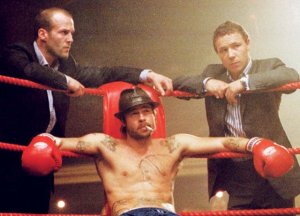 When most think about unlicensed boxing, they conjure up images of Brad Pitt’s character Mickey O’Neil in Guy Ritchie’s “Snatch” (or is that just us women?!). But, according to Jake Hanrahan—freelance journalist and author of “Confessions of an Unlicensed Boxer”—unlicensed boxing is often exaggerated and glamourized for films.

In a series of eight articles for the Sabotage Times, Jake describes his three years’ experience in unlicensed boxing; and a personal journey from skinny, naïve 15-year-old to fighter, criminal and, eventually, father.

For anyone who’s interested in boxing and enjoys fighters’ stories, these articles are a must read.

In them, Jake describes his reasons for boxing and early efforts at the noble art, “Boxing is an art, a skill to be learned over time, to begin with I felt like a scarecrow hitting a post-box,” as well as his love for the run down boxing gym that was to become his second home.

“I longed to be in that filthy room of swinging bags. I loved the inch-wide gaps underneath the crumbling window frame that allowed your bones to freeze, the withered skipping ropes hanging from a rusty nail, and the rancid glued down canvas of the ring with its sagging ropes held together by duct tape.”

Speaking frankly about his first fight—and without ego—he further elaborates on his poor preparation for the bout, pre-fight anxiety, his fighting prowess (or lack of it), and the disorganization of his manager Winston and the event in general.

“With a mask of Vaseline for a face, no gum-shield, no box and no skill or experience, I scrambled through the ropes into the ring….

….This guy was clearly a stone heavier than me, despite the bullshit from Winston. He had proper shorts, proper gloves and was evidently a hell of a lot more experienced than I was. Still, I seized the moment and literally windmilled my way into him as he bashed me about like a Stella-fuelled husband.”

A fighter warms up at an unlicensed boxing venue in Darlington, UK. From a series entitled “Shadow Boxing” by Paul Alexander Knox (http://www.paulalexanderknox.com/shadow-boxing).

In one of my favourite scenes Jake describes the warm-up area of the fight venue, into which all the fighters were sandwiched.

“You could’ve literally been sat next to your opponent the whole time, only realising that you’d need to knock his head off literally seconds before you went out to fight. Everyone was slyly eyeing each other up, wondering if it was you.”

This description was reminiscent of fighting on some of the smaller Muay Thai promotions in provincial Thailand. For these, there would be no weigh-in or, at most, the promoter would perform a cursory visual sizing up of potential matches—“same same, okaaay”. Once you realised who you were fighting they would probably be getting their rub down in Thai oil on a roll-out rattan mat a few feet away from you—throwing the odd surreptitious glance in your direction as you performed your own pre-fight rituals.

I won’t spoil the surprise by revealing all the articles’ content but highly recommend using the links below to read on as Jake compellingly recounts further experiences in the boxing ring, trouble on the streets, becoming a father, and one final mismatch before walking away from the boxing ring.

“The elephant in the room was in fact stood in my corner, willing me to get up, or maybe stay down.”

Confessions of an Unlicensed Boxer

Part 4: The Wild and the Reckless

Part 5: The Beginning of the End 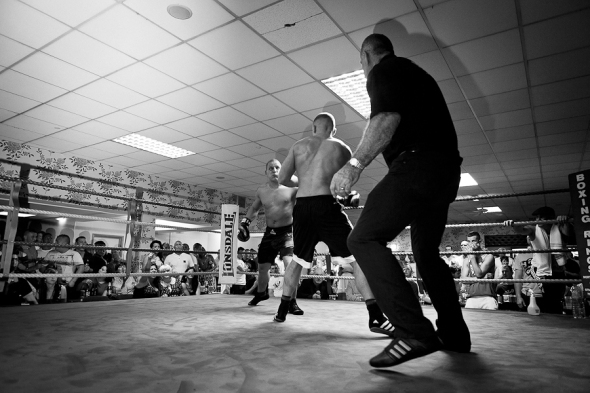 Muaythai Journal Episode 2: Sam A Gaiyanghaadao »
« The Psychology of the Rematch